Central Co-op stands with Black Lives Matter. We encourage people in our co-op community of all backgrounds to stand in solidarity with Black communities everywhere by educating themselves, supporting Black-owned and Black-led enterprises, and speaking out against racism and injustice.

In June and July of 2020, Central Co-op raised over

Black Lives Matter Seattle-King County is a grassroots, volunteer-run, social-justice nonprofit organization focused on the empowerment and liberation of Blacks and other people of color through advocacy and direct action. BLM Seattle centers leadership on Black femmes, women, and queer people organizing and taking direct action to dismantle anti-black systems and policies of oppression.

The Tacoma Urban League is devoted to empowering African Americans and other disenfranchised groups to enter the economic and social mainstream. From its earliest days in the civil rights movement, through years of partnership with government and public agencies, the Tacoma Urban League has been a beacon of hope and a catalyst for change in the South Puget Sound African American community. 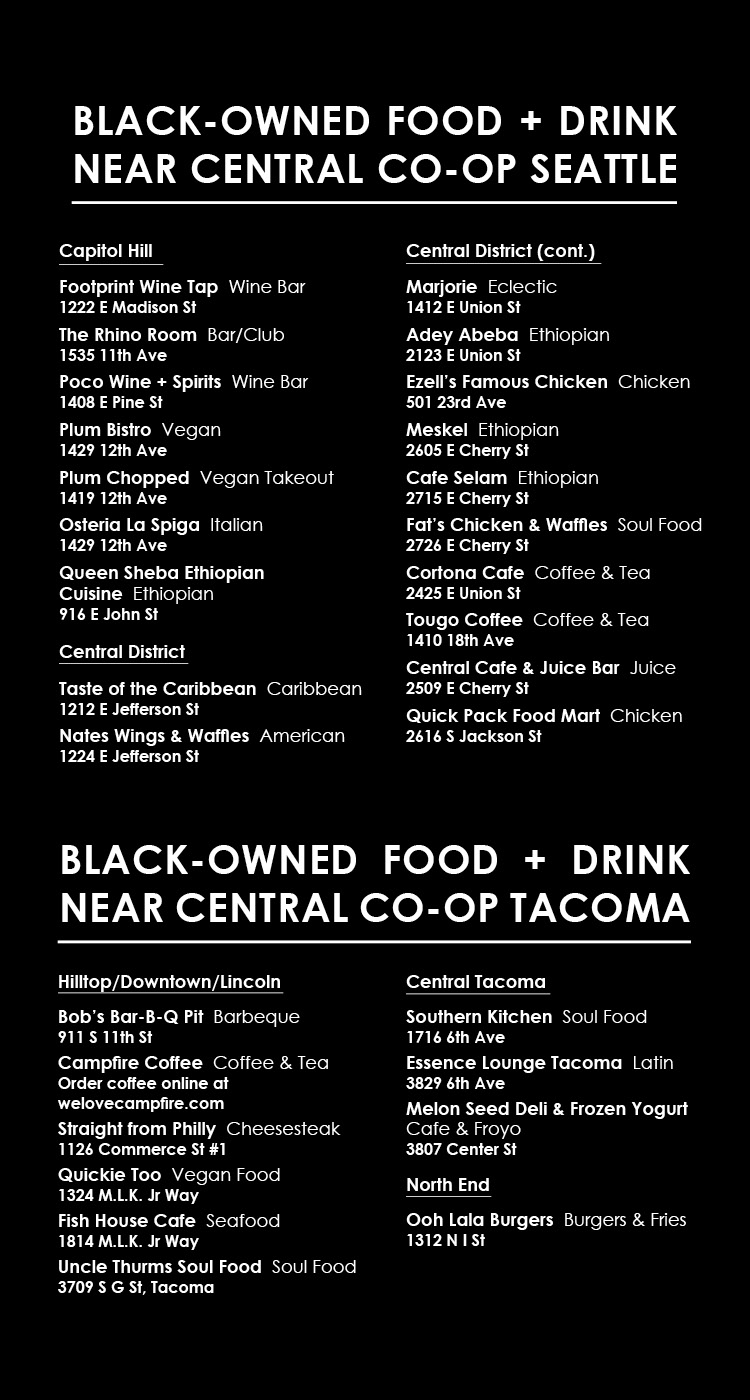 Learn more about the intersecting histories of cooperatives and Black freedom movements:

by Mira Luna in conversation

“The Co-op that Changed the South”

“How Cooperation Jackson is Transforming the Poorest State

5/27/20 - Nourish Your Neighbors Through Volunteering